Strategy:   “Hold out baits to entice the enemy. Feign disorder, and crush him.”

UPDATE - Judge Timothy C. Batten just reversed the order based on the Defendants’ claim that #Georgia counties and not the state control the voting machines. Means, tampering is allowed to continue (via @LLinWood)

“Defendants are ordered to maintain the statue quo & are temporarily enjoined from wiping or resetting any voting machines in the State of Georgia until further order of the Court.”

M - What took place in the election?

P - Tremendous fraud - and they got caught. But for the most part, they got away with it. At 10 pm, election was over. Then they got dumps all over. "Went from winning by a lot to losing by a little." Tens of thousands of Biden votes.

"This is a terrible thing that has happened. The mail-in ballots are a disaster."

Dead people voted. "This is total fraud….this election was rigged. And it continues to be, as they hide….and the media doesn't want to talk about it. You're doing something very brave."

"This is the greatest fraud in the history of our country, from an electoral standpoint….this is the whole ballgame - and they cheated."

M - Specific legal strategy will you use?

P - "We are trying to put the evidence in, and the judges won't allow us to do it." [they deny saying, "you dont' have standing"]. They don't want to take the affadavits.

[POTUS talks about poll watchers getting thrown out, people not allowed to vote, new ballots being brought in, millions of ballots being shipped all over, ballots with only POTUS checked, election time extended, ballots backdated.]

"What happened in this election - I can't imagine has ever happened before. They stuffed the ballot boxes. And they used Covid to do it. Joe Biden did not get 14mil more votes than Hillary Clinton.

''They stuffed the ballot box - everybody knows that."

P - You win one of those points, you will the election [in previous elections - not this year]

M - Your atty's will appeal PA decision to the SCOTUS. What will be the outcome?

P - we'll be appealing various cases. A lot of the 'lost' cases aren't ours - they're from other people who are 'aggrieved' - saw what went on.

"A poll watchers is like a sacred person in the world of politics….Otherwise, people will cheat unfortunately. Our poll watchers didn't just get set back, they got thrown out."

"This was a well-coordinated attack."missed some details for a few minutes here] “What's going on in this country is not to be believed."
[Refers to the last 15 years - what's being happening.]

"Why isn't the FBI all over the place? They're not. It's a terrible thing." (c38 minutes after the hour)

M - Will you appoint a Special Counsel? (yes, POTUS says he will)

M - Are you worried about unrest?

P - "If I wasn't here ANTIFA would be running the country….Nobody wants to talk about it. It's absolutely a disgrace."

M - "Which cases will reach the Supreme Court - and when?"

P - "We have a great case….The problem is, it's hard to get a case to the Supreme Court…."

M - Is there a path to victory?

[M's worried if POTUS can't get heard by SC, POTUS will lose. Interestingly, POTUS does not sound worried. She wants him to give specifics - but he's not doing it. He just keeps asserting why he won. He's not talking to her but to viewers who don't know what happened.]

M - Influence of media and social media?
What can you do about censorship during a Const. crisis?

P - Section 230 should be taken out. This convo - media won't talk about it unless there's a typo, won't talk about anything important (e.g., Hunter Biden). "People are afraid to speak out."

(POTUS continues with getting out the info he wants to get out - re the economy, vaccines, etc.)

"Even with all the media, we won the race."

"You need a judge willing to listen.

"I'm going to use 125 percent of my energy to do it. You need a judge willing to listen…."If Republicans allow it to happen, you'll never have another Republicans elected."

"If Republicans allow it to happen, you'll never have another Republican elected."

We've made over 40,000 phone calls over the past 3 weeks to registered Democrats in Atlanta, Detroit, Philly, Milwaukee, 72% said they didn't vote

UPDATED 10:45 AM PT – Sunday, November 29, 2020
President Trump’s personal attorney Rudy Giuliani breaks down the Trump campaign’s next steps in its legal battle against voting fraud. Here’s what he had to say in an exclusive interview with One America News. 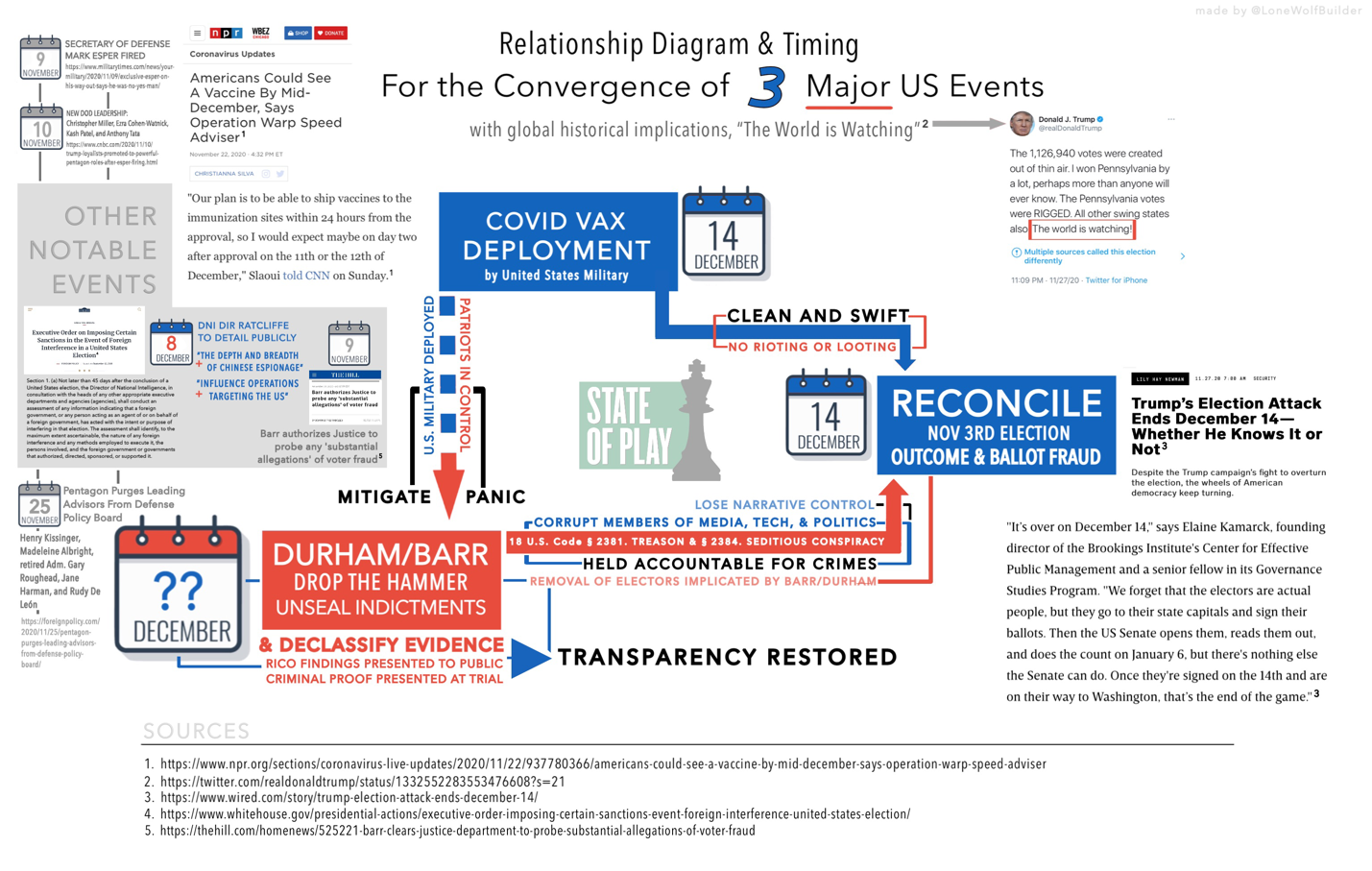 We Are Witnessing the Greatest Wealth Transfer In Human History

China will consider individuals who seriously endanger people’s health and safety, or disrupt markets’ fair competition and normal social order, as threats to society under its new social credit guidelines.

They are trying to erase the evidence by scrubbing the machines with litigation pending.