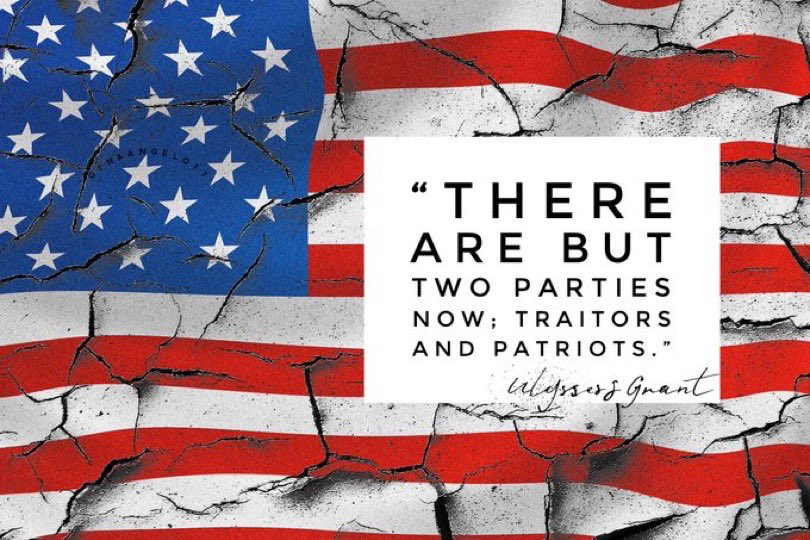 The House and Senate convene for a joint session on Jan. 6 to count electoral votes. Pence presides over the process as president of the Senate and announces the results. The candidate that receives at least 270 out of 538 electoral votes becomes the next president. Any objections to the electoral votes must be submitted in writing and signed by at least one House and one Senate member. If an objection arises, the two chambers consider the objection separately. 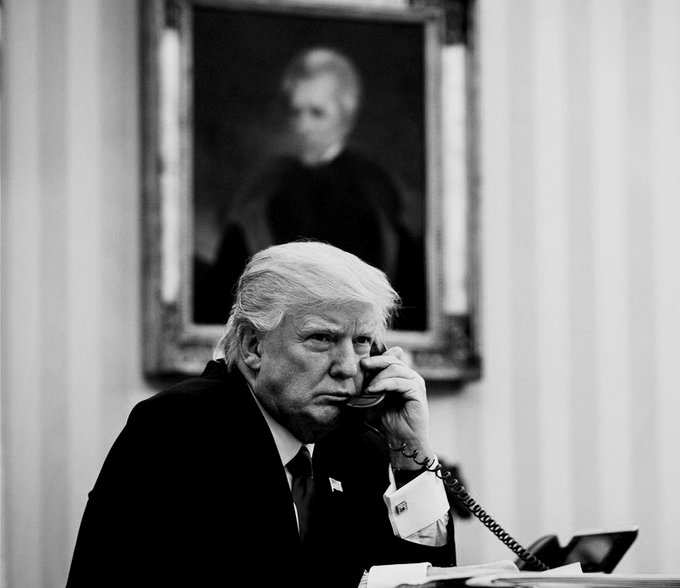 “You are a den of vipers. I intend to rout you out and by the Eternal God I will rout you out. If the people only understood the rank injustice of our money and banking system, there would be a revolution before morning.” 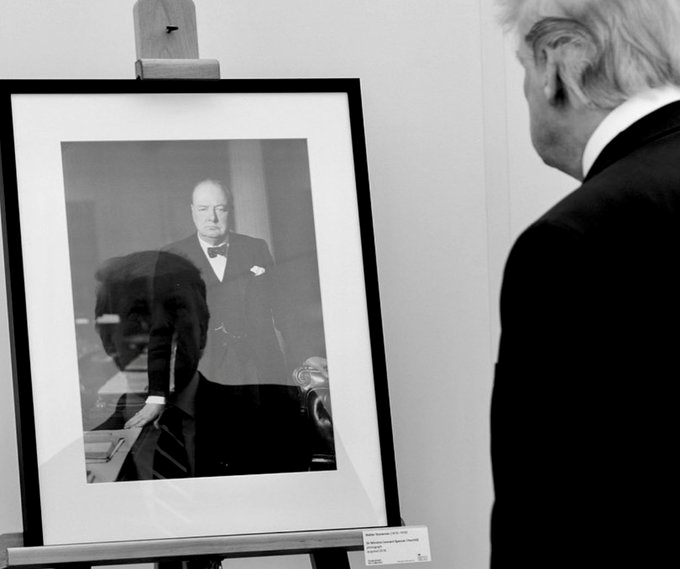 “Victory at all costs, victory in spite of all terror, victory however long and hard the hard may be; for without victory there is no survival.”

The Trump campaign has filed an emergency motion in the Supreme Court on Sunday to reverse Pennsylvania’s state court rulings that “illegally changed” the state’s mail balloting laws. Therefore, they seek to send the selection of the electors for Pennsylvania to the legislature who has the legal authority to appoint new presidential electors. They asked for an emergency hearing saying that “the outcome of the election for the presidency of the United States hangs in the balance.” They further added:

“Time is plainly of the essence because once candidates have taken office, it will be impossible to repair election results tainted by illegally and belatedly cast or absentee and mail ballots,” the petition states. “The intense national and worldwide attention on the 2020 presidential election only foreshadows the disruption that may well follow if the uncertainty and unfairness shrouding this election are allowed to persist.”

If the Supreme Court does not accept this petition and rule on the merits rather than dancing with the procedure and using illegal “discretion” to simply avoid the entire election, then there is absolutely no reason why the protestors would not surround the Supreme Court for they are condemning the nation to uncertainly and the protests will become bloody and it will NOT be just one group anymore.

If there are no courts to hear disputes, then there is no civilization. In the Declaration of Independence, one of the chief complaints was that the King would charge someone and then to ensure he would be found guilty, he transported you and you were put on trial in London. That is why in the Sixth Amendment, you are to be tried where the crime took place. In the United States, the federal courts violate that principle all the time. They will always charge people in New York despite the fact the alleged crime took place elsewhere. This is why fair trials in the United States DO NOT exist – hence their 99% conviction rate.

If the Supreme Court rejects this petition, they have surrendered the law to “discretion” and that is the end of the United States. The Supreme Court has reduced itself to the status of a hypocrite.

Citing the United States Constitution and U.S. Code, Constitutional Lawyer Ivan Raiklin says it is Vice President Mike Pence’s duty to instruct states to expeditiously send their Electoral College Certificates immediately if they have not been received.

U.S.C. 12 explains that “When no certificate of vote and list mentioned in sections 9 and 11 of this title from any State shall have been received by the President of the Senate or by the Archivist of the United States by the fourth Wednesday in December, after the meeting of the electors shall have been held, the President of the Senate … shall request, by the most expeditious method available, the secretary of state of the State to send up the certificate…”
Beyond the allegations and evidence of widespread fraud presented by both President Donald Trump’s legal team and independent lawyers and witnesses across the United States, several states have now sent competing slates of delegates to Washington, D.C.

Additionally, Republicans in Pennsylvania and Arizona have asked the U.S. Congress not to accept the votes assigned by the state’s Secretary of State, suggesting they represent fraudulent election results.

Should Pence take this action, he is then instructed by the law to request these states immediately send accurate Electoral College Certificates before January 6.

“That forces State Legislatures’ hand,” said Raiklin. “Pence can force the legislatures to reclaim their Constitutional power, hold a session, and appoint the Electoral College votes themselves as the Supreme Court did not address this issue.”

NEW: There was/is no discussion of a #militarycoup by @realDonaldTrump or anyone on his behalf.

NEW: YouTube Removes Trump Lawyer’s Opening Statement From Senate Committee Hearing “ In a time of deceit telling the truth is a revolutionary act.” - George Orwell. Who else is up for some revolutionary.

NEW: FBI was ‘lying to Congress’ about origins of Russia investigation

Do We as US Citizen Patriots Have What They Had in 1776?

In discussing @realDonaldTrump in phone conversation in 8/19, Justice John Roberts stated that he would make sure “the mother f#*ker would never be re-elected.”

Roberts engaged in phone conversations with Justice Stephen Breyer discussing how to work to get Trump voted out.

In discussing @realDonaldTrump in phone conversation in 8/19, Justice John Roberts stated that he would make sure “the mother f#*ker would never be re-elected.”

Roberts engaged in phone conversations with Justice Stephen Breyer discussing how to work to get Trump voted out.

But for some reason, the Supreme Court is delaying cases from being heard related to the election steal. To date, the courts have heard no cases related to the greatest election steal and fraud in world history. They were submitted electronically Saturday morning and all copies hand-delivered and fees paid. #SupremeCourt clerk refused to give reason and will not return phone calls!! What is going on??

They were submitted electronically Saturday morning and all copies hand-delivered and fees paid. #SupremeCourt clerk refused to give reason and will not return phone calls!!
What is going on??
Unprecedented lack of professionalism @realDonaldTrump @GenFlynn @POTUS @Scavino45 pic.twitter.com/NE5gwpjfzT

The Supreme Court can attempt to delay the President’s rightful claim as the winner of the 2020 election but Americans won’t put up with this. Americans who love their country are reaching their limit. This is the most important moment in our history. We will either have our country or we will not. The Supreme Court needs to understand that their delays will not be tolerated. Americans want justice now.

JUST IN - #Georgia to conduct statewide signature match audit of absentee ballots after weeks and weeks of pressure, GA’s secretary of state announced.

Federal Judge DENIES MA Sec. of State Galvin's Motion to Dismiss my Lawsuit that exposes computer algorithms were used to steal votes in my U.S. Senate Election that denies "One Person, One Vote."

FIRST VICTORY in U.S. for #ElectionFraud lawsuit! Federal Judge DENIES MA Sec. of State Galvin's Motion to Dismiss my Lawsuit that exposes computer algorithms were used to steal votes in my U.S. Senate Election that denyies "One Person, One Vote."

Case is ON! @realDonaldTrump

NEW: DOJ Declassifies a Number of Dirty Cop Peter Strzok Text Messages — Four Years after the Fact as He Walks Free with No Consequences

NEW - US military reportedly used Plum Island (New York) to test cyberattacks on the grid under a DARPA program called Rapid Attack Detection, Isolation and Characterization Systems (RADICS) — in the middle of a pandemic.

NEW - US military reportedly used Plum Island (New York) to test cyberattacks on the grid under a DARPA program called Rapid Attack Detection, Isolation and Characterization Systems (RADICS) — in the middle of a pandemic.

Shall we remember: Little Johnny Justice been a bad boy...

One lump, two, or a whole lot of lumps?

“This is when they formulated their plan to go after General Flynn”.

Something not-so-well known is that Chief Justice John Roberts was on speaker phone during this meeting.