Putin Says He's Not Ready To Recognize Biden As US President

Trump administration pulls out of Open Skies Treaty with Russia

No one needs to panic. This is just clarification since Media butchered everything. Sidney Powell and I have both said that she’s working for free and with a team she has autonomy over. All good. #PLAN https://t.co/Y4sZN68wLA

NEW FLYNN Statement from Sidney Powell to We the People

STATEMENT FROM SIDNEY POWELL TO "WE THE PEOPLE" 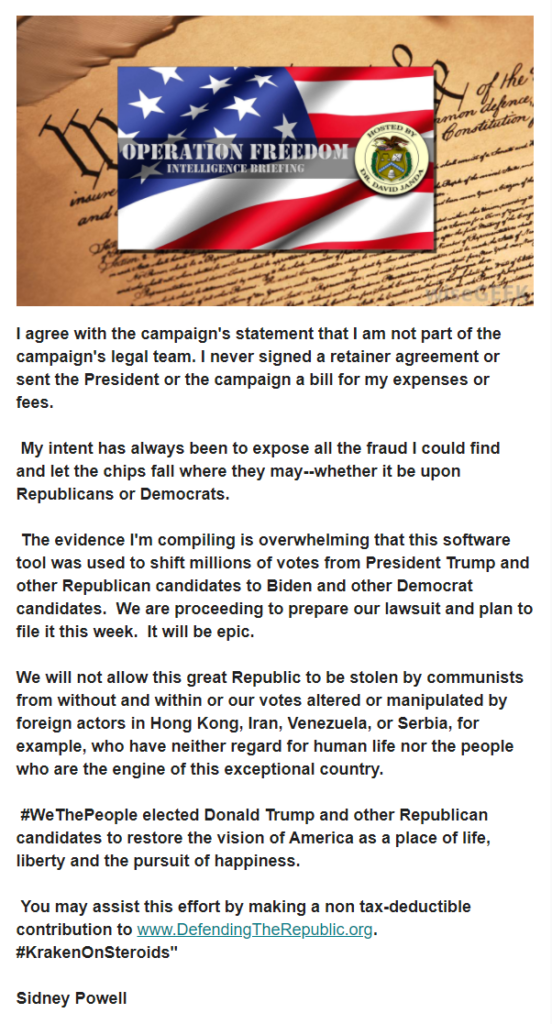 HUGE: DOMINION VOTING SYSTEM PATENTS GIVEN TO CHINA BANK (HSBC) AS COLLATERAL IN 2019

REVEALED: Coronavirus tests ordered by Maryland Gov. Larry Hogan in April from South Korea turn out to have been flawed, and were never used

REVEALED: Coronavirus tests ordered by Maryland Gov. Larry Hogan in April from South Korea turn out to have been flawed, and were never used. https://t.co/KJvvjPjccW

WHO Director Dr. Tedros Moves the COVID-19 Goalposts Right Off the Playing Field

There is a new movement afoot. Even though Operation Warp Speed has delivered two highly effective vaccines and several very promising therapeutics, Dr. Tedros Adhanom Ghebreyesus, director of the World Health Organization (WHO), wants you to know it won’t really change anything in response to COVID-19. His Twitter statement defies the management of any virus, ever. And it only works if you believe COVID-19 is some super-virus that behaves in a way fundamentally different from all other viruses, even other coronaviruses. There is no science to support that. Remember when Los Angeles Mayor Eric Garcetti said we could never reopen until we had an effective vaccine? Now that is not even good enough. Dr. Anthony Fauci was the first I heard to say that a vaccine would not allow us to drop masks and social distancing. Now Dr. Tedros is saying it: Forgive my incredulity at this statement. It makes no sense at all. First, as of November 12, 2020, 92% of deaths have occurred among those 55 and older. Only 0.2% have occurred among those under 25. With what we know about preexisting conditions, this makes sense. What is also important to note is that you are still far more likely, no matter your age, to die of something other than COVID-19, even in the most severely impacted age group, those over 85. Here are the numbers beginning in February of 2020: 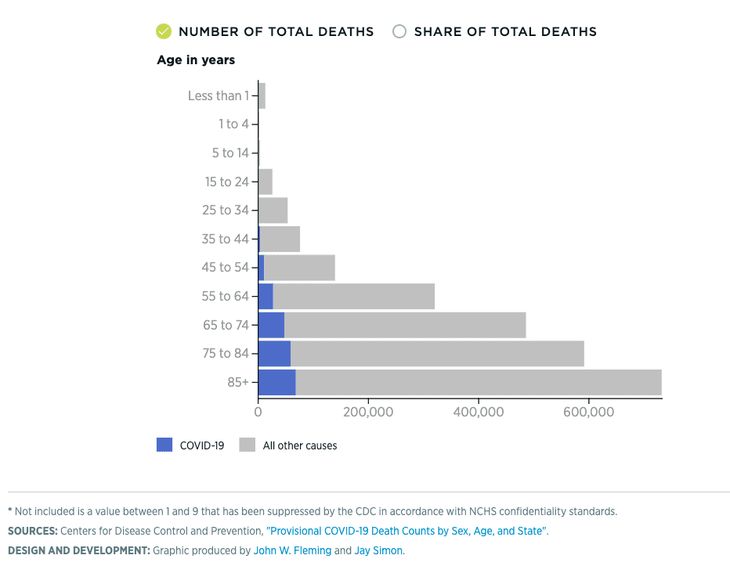 The @NationalGuardNY's @109thAW will be on standby for contingency missions that require flying to Antarctica in support of Operation Deep Freeze. https://t.co/TiRVUb6YYA

FLASHBACK the internet has a record of EVERYTHING

Lou Dobbs on CNN in 2006: Smartmatic Based in Venezuela Sold to Sequoia, Top Officials Still in Venezuela, Before Sale to Dominion Here’s a blast from the past! Back in 2006 when the great Lou Dobbs was at CNN the former news channel ran a segment on Smartmatic voting machines. According to this CNN report, Smartmatic was based in Hugo Chavez’s Venezuela and was sold to Sequoia. But the top officials for Smartmatic were still in Venezuela. CNN was worried this could interfere with our democracy.
Amazing!

This is from the CNN segment: Smartmatic, the Electronic Voting Machine manufacturer whose machines are notorious for failures, is based in Venezuela. The Treasury Department, which is supposed to be the look into connections between sensitive US infrastructure and foreign interests has failed yet again to protect the American people. What is more important than the correctness of our Democracy?
This video was posted on Youtube back in August 2006! It only has 3,847 views! After Smartmatic was sold to Sequoia, Sequoia was sold to Dominion in 2007!

The supplier of Palm Beach County’s voting and tabulating equipment says a software “shortcoming” led to votes being assigned to the wrong candidates and the elections office declaring the wrong winners in two recent Wellington council races.

County Elections Supervisor Susan Bucher, who insisted a computer glitch rather than human error was to blame for the fiasco, claimed vindication after Dominion Voting Systems released its statement."

An English-language newspaper controlled by the Chinese Communist Party’s propaganda department paid U.S. media companies nearly $2 million for printing and advertising expenses over the past six months, even amid heightened scrutiny over Beijing’s disinformation efforts in the West. China Daily paid The Wall Street Journal more than $85,000 and the Los Angeles Times $340,000 for advertising campaigns between May and October 2020, according to a disclosure that the propaganda mill filed this week with the Justice Department under the Foreign Agents Registration Act (FARA).

Overall, China Daily spent more than $4.4 million on printing, distribution, advertising and administration expenses over the past six months, according to the FARA filing. China Daily, which is controlled by the Chinese Communist Party’s State Council Information Office, its propaganda agency, has for years paid newspapers and magazines in the U.S. and other Western countries to publish advertorials designed to look like legitimate news articles.

The Journal received $6 million for advertorials from 2016 through April 2020, according to the disclosure. So far in 2020, The Journal has received $461,489 in advertising revenue from China Daily.

Here is the election fraud evidence by state