Today I had the new clutch to install, some of my servo extension cables arrived so I built the electrical system.  The pull-starter also came in along with the used Futaba GV-1 governor and replacement regulator & receiver.  I started test-fitting some parts around the helicopter, and decals began showing up on the canopy!

I spoke with Al Chianelli from B.H. Hanson regarding break-in and based on his input I’m going to break-in the engine on the helicopter versus with a prop.  As much fun as revving an engine with a prop in a garage sounds, I’d rather do it in the field on my helicopter.  He was also kind enough to send me instructions on the proper engine break-in, I may post those once I get permission from him to do so.  Before getting off the phone, I went ahead and also ordered an air filter, exhaust spacer (to move the muffler away from the engine and clear the canopy), and an aluminum carburetor isolator.  The isolator separates the carburetor from the engine and the stock one is made of plastic that will warp after being heated and will lead to air & fuel leaks.

I also got a hold of HeliFlightCenter regarding my servos.  They are going to swap out three of them for TMD’s and refund me the difference! 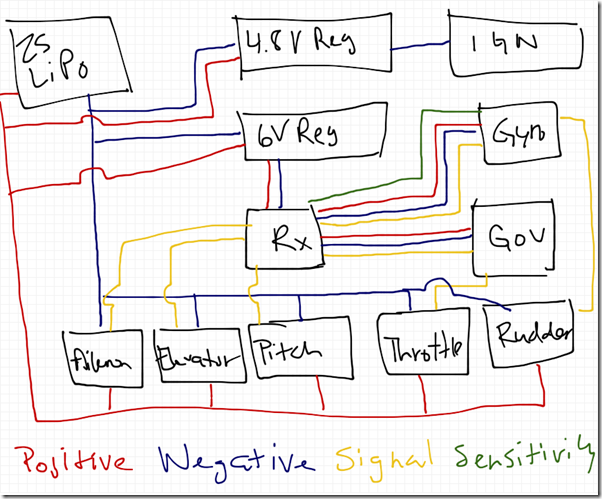 It is a rough drawing but it illustrates the goal of providing regulated power at the desired voltages to each component.  I have to apologize, I was more focused on doing stuff than taking pictures so I don’t have that many but here’s one of the bundle of cables after they were tinned: 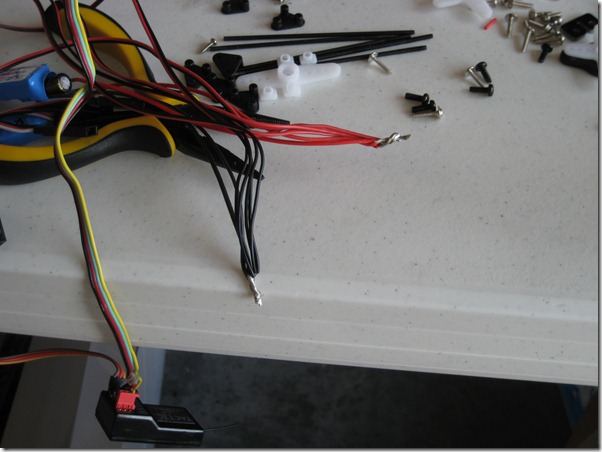 I mentioned above that the clutch was in and what a difference!  Here are the two clutches in comparison: 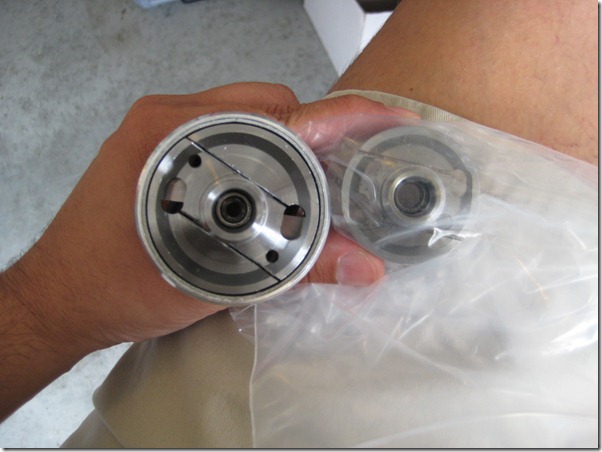 I already had the engine out so swapping the clutch out wasn’t a big deal.  After the clutch was done, I re-installed the engine in the helicopter and started going through the pull-starter installation procedure.  First, the parts: 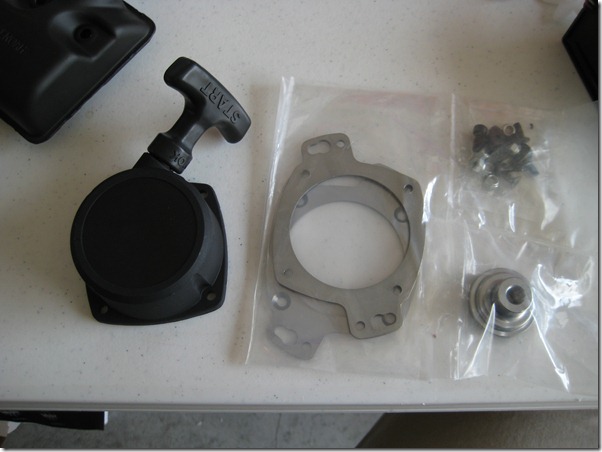 Now we have a closer look at the back end of the pull-starter.  I am going to install it in removable mode so there is a bracket that is mated to the pull-starter as well as one that is mated to the bottom of the helicopter frame just under the engine.  A word of advice from my friend, Peter.  Re-do the knot on the pull starter prior to mounting.  The manufacturer doesn’t do a good job with it, giving the cord a tendency to come undone and detach itself from the starter. 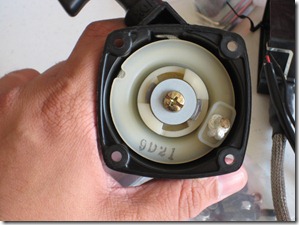 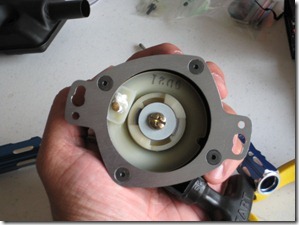 The pull starter has an adapter that is screwed on to the crankshaft as well as two bolts to temporarily secure the starter during the startup process. 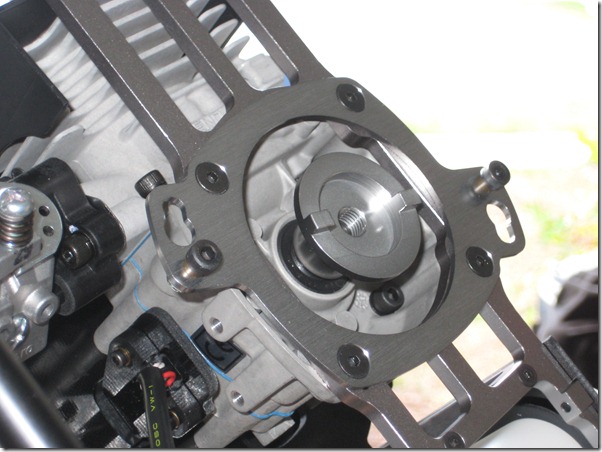 I test-fitted the ignition on the frame just to get an idea of where cables would be running.  Just a word on the ignition fitting, you will need to raise it per the Zenoah manual so make sure you have some spacers available to allow it to breathe! 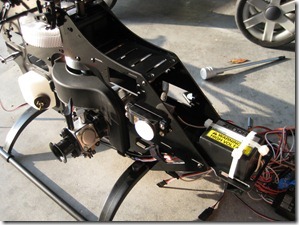 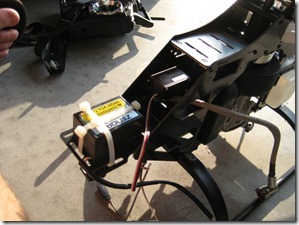 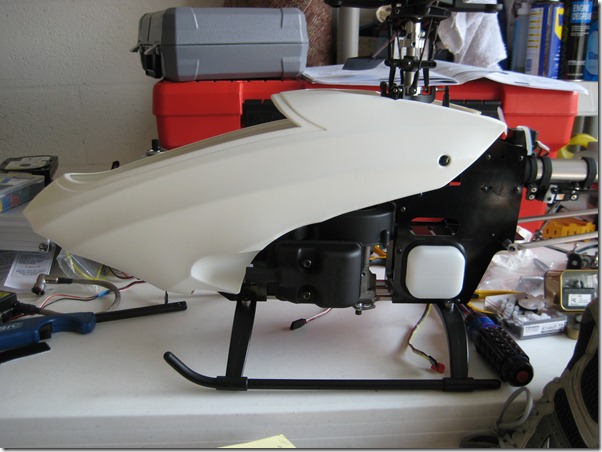 And finally, some decals to get the party started!  I am going to leave the windshield off until the helicopter is almost finished so I can access the electronics easily and position them without having to remove the canopy. 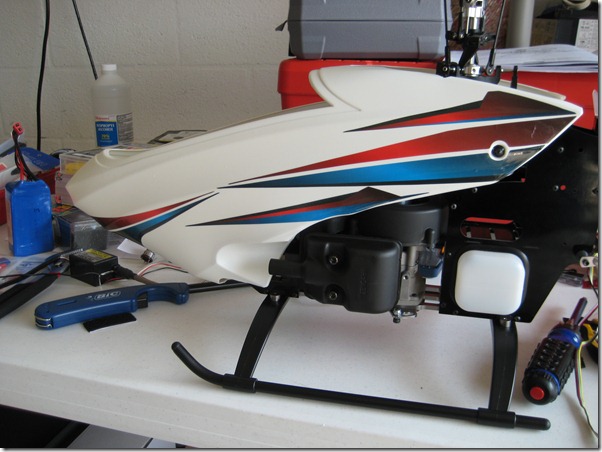 CONCLUSION: It is very satisfying to start seeing the helicopter in this shape.  The final steps are not far away (as well as the rest of the parts needed) and I can easily see me starting the engine sometime in the next few weeks!