This past weekend I worked on the helicopter on a couple of days so I’ll post the progress in one post.  I believe that the best place to start will be with what I have learned since last time:

Enough learning, on to the building!  The first bag of the day begins the tail rotor assembly. 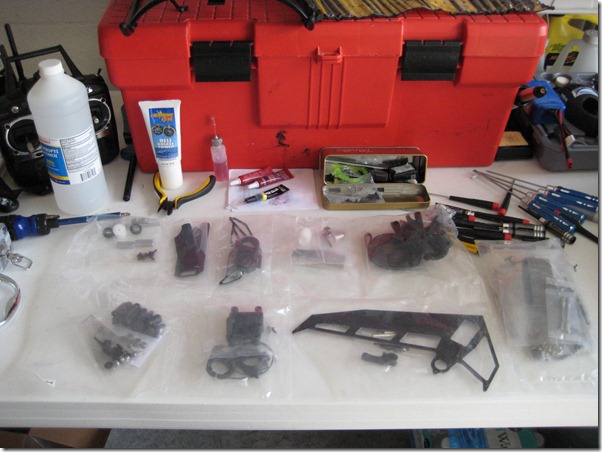 Comparison of the 450 boom and the Radikal’s… there is NO comparison! 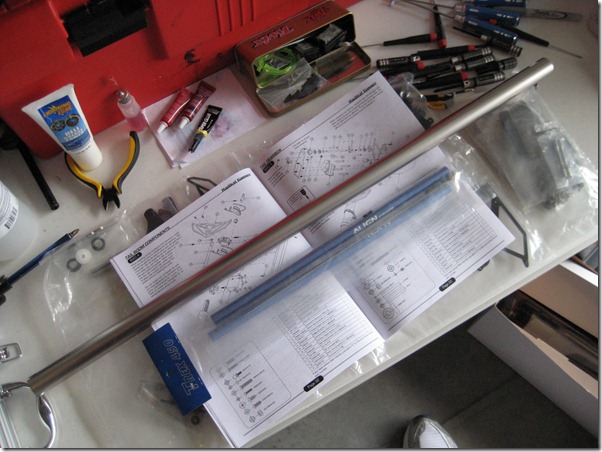 I loosely fitted the servo on the boom.  Later on in the process, I ended up turning the servo around (horn-side towards the helicopter) since it fit better with the push rod. 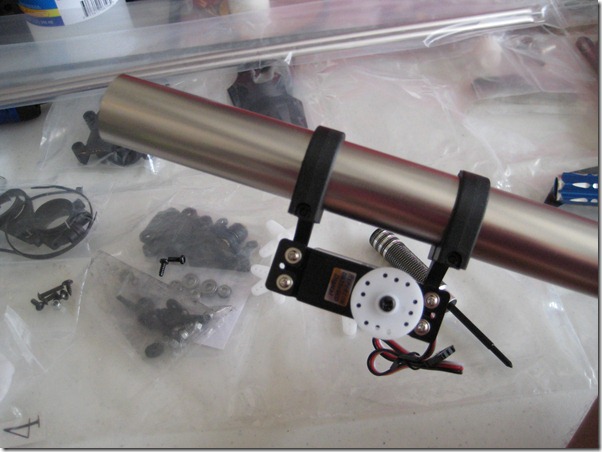 The horizontal stabilizer, and push-rod guides go on now.  Looking back on this, I would have left the actual stabilizer for last so I could adjust the tension on the mount once the stabilizing rods were installed. 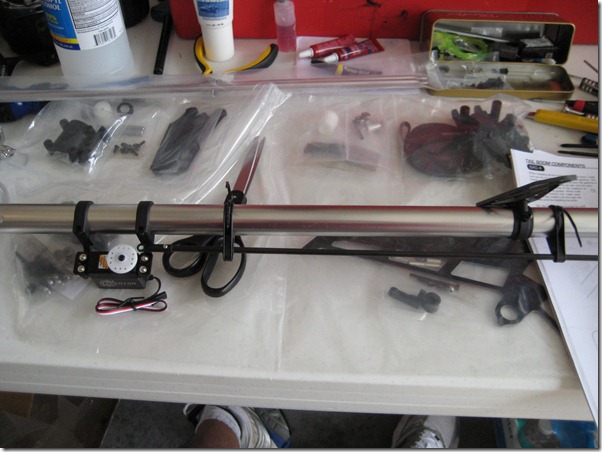 Tail rotor blade comparison between the Radikal and the 450. 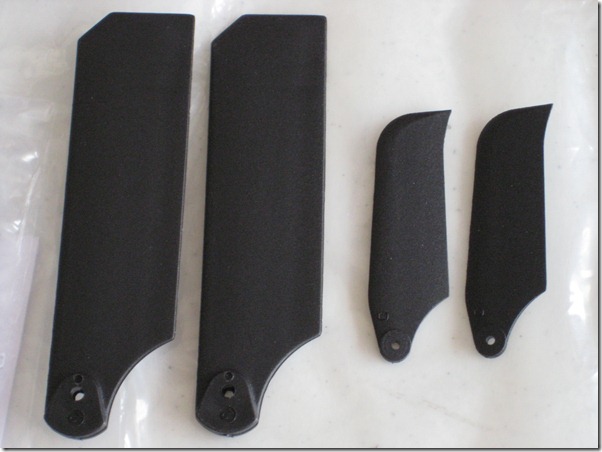 The tail rotor gear case comes together.  I had to use the Dremel tool to enlarge the bearing holes.  I also used a bearing greaser tool (“The Greaser” Bearing Greaser) to remove the factory grease from these bearings and replace with the Heli Grease Power Lightning Lube from Boca Bearings.  I didn’t do this on the main rotor bearings because I didn’t have The Greaser yet plus that’s going to be a relatively lower RPM than the tail rotor.  Next time the main gear bearings are out, I’ll grease them up!  Here is a series of pictures of the tail rotor assembly being put together. 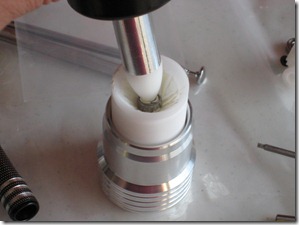 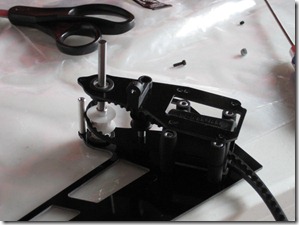 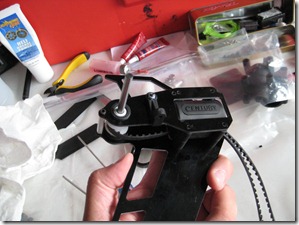 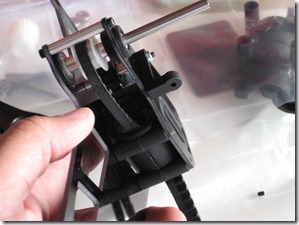 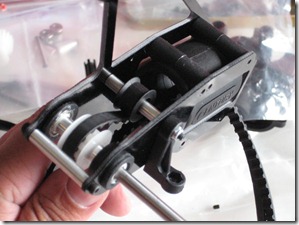 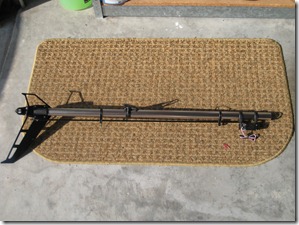 This is where you will want to pay attention… make sure you sand the paint off the steel balls.  This will make the pitch slider slide smoothly.  Also, the diagram in the manual is not very clear about a set screw that goes INSIDE the tail rotor shaft to set the pin that connects the pinion to the shaft.  Make sure you use that set screw otherwise the pin will fly out!  The set screw goes in on the left side of the shaft (not the tail rotor side). 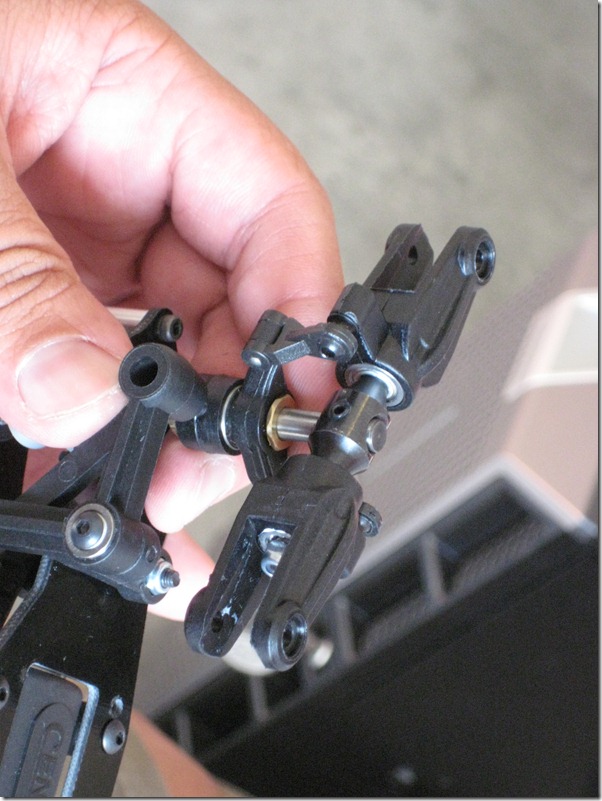 Next, make sure you put the belt around the front pinion BEFORE mounting it to the plastic frame.  It will save you time! 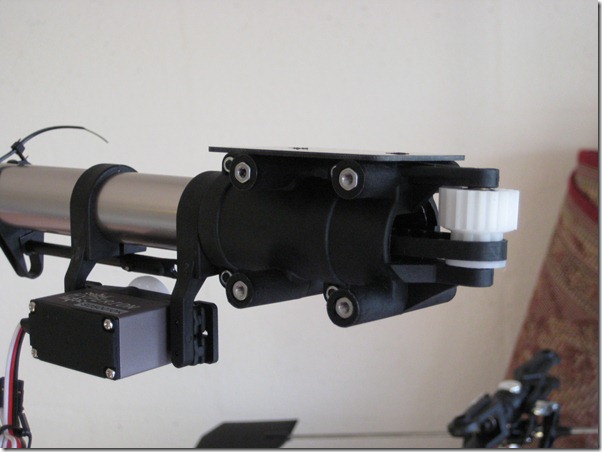 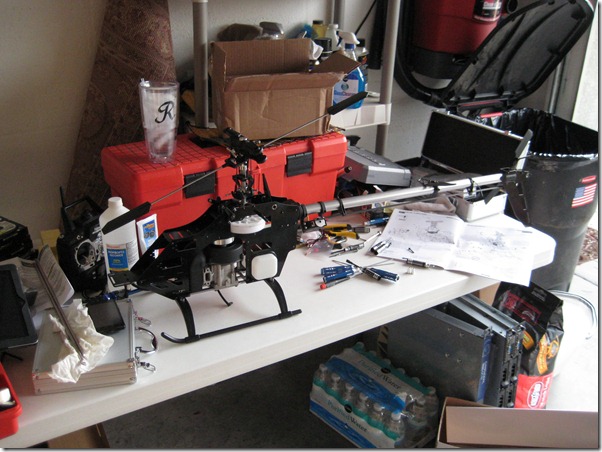 Those “mystery missing screws” from Day 1 now make sense.. I had to move them down to make room for the tail boom stabilizing rods. 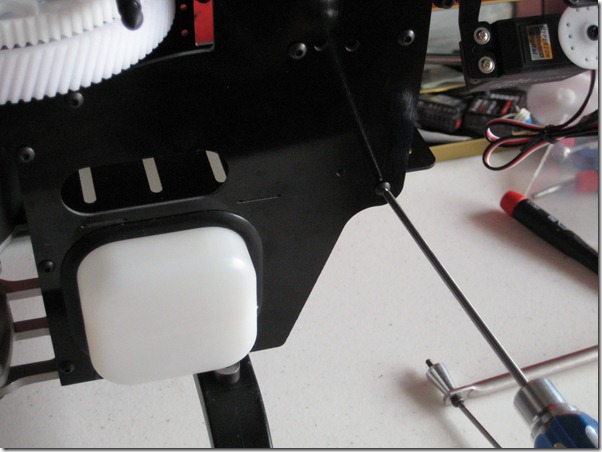 The servo ball was also painted steel so I sanded it.  Also note the the servo horn was cut down to size so it would not strike the servo support as well as moved so the horn side would be closest to the helicopter.  I tested the servo and tail mechanism with the receiver, it all moved perfectly! 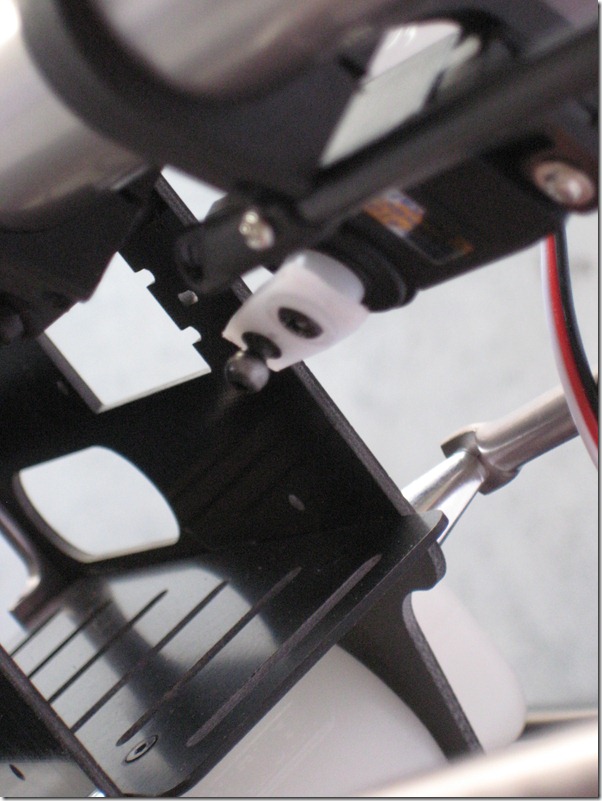 I went to install the tail boom support rod and the head of the factory screw just came off.  I replaced it with a spare and went on my way. 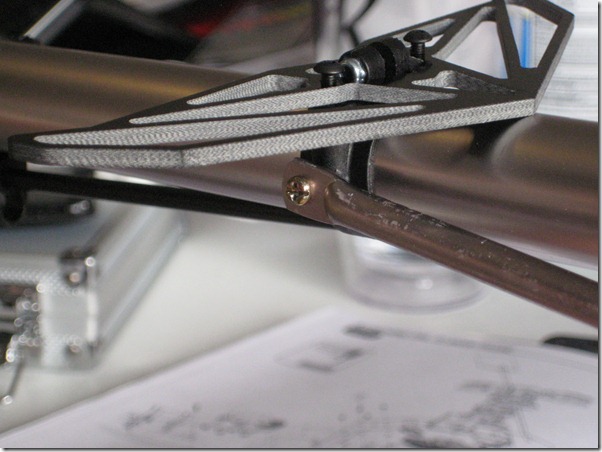 Assembled tail rotor.  Take your time with all of the thrust bearings and heed the warnings in the manual regarding the plastic shavings from forcing the bearings into the grips. 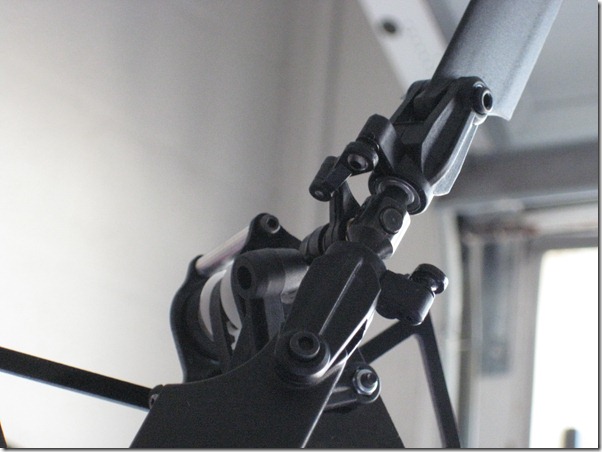 The gyro is temporarily installed for testing. 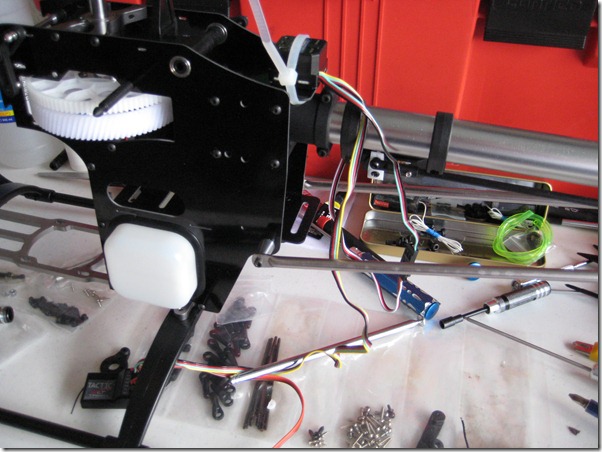 One of the GCD servos in place for the collective.  I made the decision to get the TMD’s after this picture was taken. 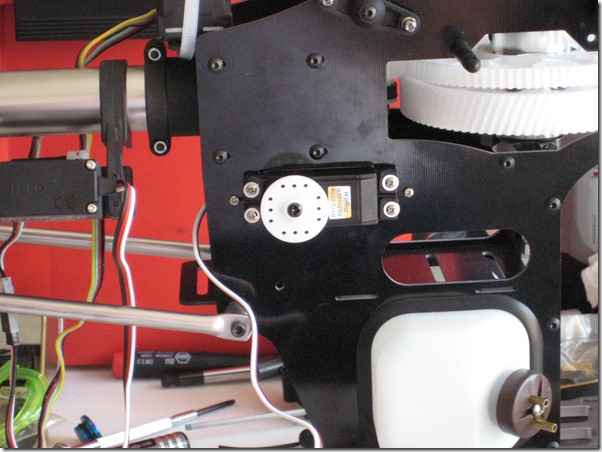 Swash plate control rods are made and installed.  Be precise! 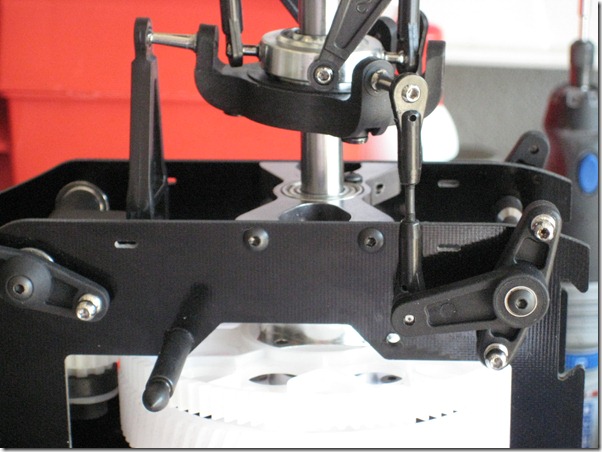 Finally, the burnt up voltage regulator and receiver.  Not sure what happened but I hope it doesn’t happen again.  By the next time I’m building, I should have the 2s packs and some extension leads so I can build the electrical system to “production” specs and not risk overloading the regulator.  I don’t think that’s what happened here but I want to make sure and avoid it next time. 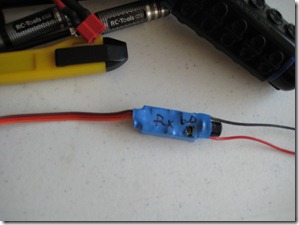 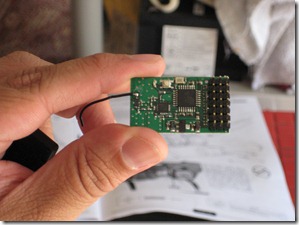 CONCLUSION: Everything looks great so far!  You may have noticed the front half of the helicopter and the engine missing in some of the last pictures… I took them off to get the engine ready for break-in and the clutch replaced.  Thanks for following this build, I hope the tips here help you on your own journey!

One more thing… Century has videos on building the Radikal G20.  They don’t follow the order in their manual… food for thought!