#Georgia is squarely in our crosshairs for massive election fraud & corruption.
Take note @GovKemp@GaSecofStatehttps://t.co/hHrdbbhXI3
We know the truth@realDonaldTrump @LLinWood @GenFlynn @RepDougCollins @CollinsforGA #WeThePeople are taking back our country

#DominionVotingSystems is really just a vector. BIG QUESTIONS:
1. Who created the software?#CIA #Hammer #Scorecard
2.Who provided it to Venezuela?
3. Who authorized its export to other countries? Title 50 LETHAL
finding.@realDonaldTrump@Scavino45@RichardGrenell @TomFitton pic.twitter.com/nWOFnGKDdt

An appeals court in Portugal has ruled that the PCR process is not a reliable test for Sars-Cov-2, and therefore any enforced quarantine based on those test results is unlawful.

Further, the ruling suggested that any forced quarantine applied to healthy people could be a violation of their fundamental right to liberty.

Most importantly, the judges ruled that a single positive PCR test cannot be used as an effective diagnosis of infection.

HARRISBURG, Pa. (CN) — The Pennsylvania Supreme Court agreed Friday to decide whether roughly 2,000 mail-in ballots from the Pittsburgh area should be thrown out over missing information on the envelopes.  The case will be looped into the dispute the state high court agreed to hear Wednesday over around 8,300 Philadelphia ballots facing the same challenge. A date has not yet been set for the hearing.

Originally brought by Republican Pennsylvania Senate candidate Nicole Ziccarelli against Allegheny County, the challenge opposed the counting of 2,349 mail-in ballots that arrived by Election Day but were missing dates printed by voters on the outer envelopes.  As of Friday morning, Ziccarelli is neck-and-neck with her Democratic opponent and incumbent Jim Brewster, who has been winning more votes than her in the portion of their district in Allegheny County. While an Allegheny County judge said the ballots with missing dates should be counted, the Commonwealth Court of Pennsylvania reversed the holding Thursday, ruling the county elections board could not “relax or ignore” election code requirements.

DID YOU KNOW: The same Secretary of State and Governor of Georgia that certified the state's election for Joe Biden today rushed to give a $100 Million contract do Dominion Voting Systems in 2019?

Good God...it was right in front of us the whole time!https://t.co/51FGqcIIMQ

PBS Went to Georgia One Week Before Election — What They Found Was Shocking, Even for the Leftists at PBS (VIDEO)

One week before the election.

PBS (Public Broadcasting Systems) does a deep dive on Georgia's use of Dominion Voting Systems machines.

What they found was troubling.🔽 pic.twitter.com/RzwI3spw4Z

I agree @SoCalEdgyGal & I would add there are multiple paths to victory (MULTIPLE). Everyone sees what has occurred.

Sidney Powell: “We’ve Got a Number of Smoking Guns, May Have to Get Witness Protection for Them — 7 Million Votes Stolen from Trump! (AUDIO)

Petraeus.... why does Petraeus keep coming up?

The external network is connected to the Serbian IP address, the network that provides support is SBB, which is owned by Petraeus, the former head of the CIA, and Soros. Minority partners in SBB are Solak and Djilas. So don't shit, but pack up too. 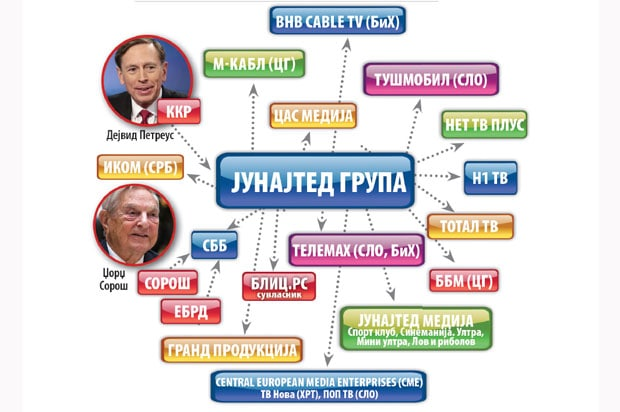 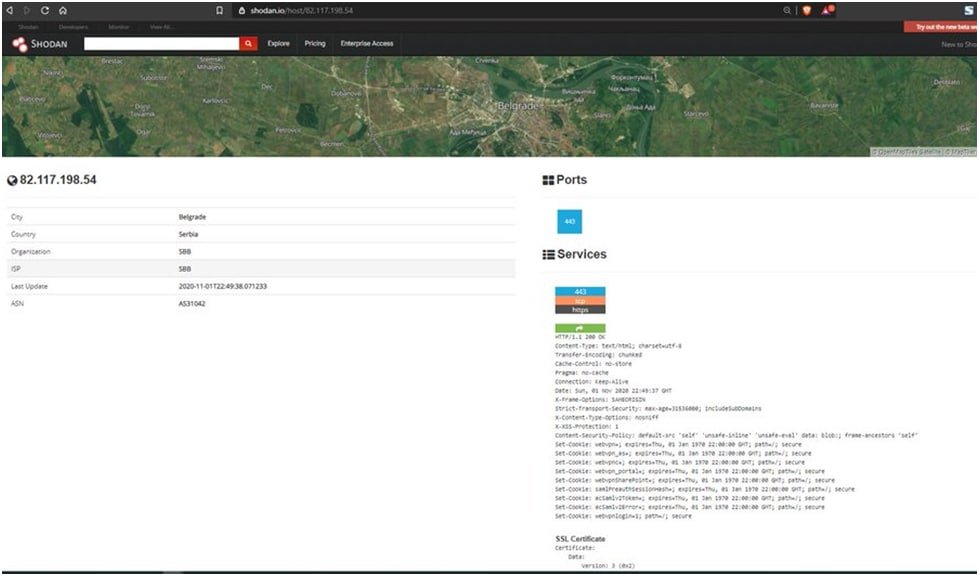 Tucker's Influence Peddling Email to Hunter. Is This Why He Dropped The Ball (And "Lost" The Documents)?

Who was a VIP at Comet Ping Pong?

So to sum up for those late to the game. In May, Scytl is bought by Sandton only for it to change control agent in October (days before election) to a man from a near non existent company called Service Point Solutions:

Directly after the election fraud and issues surrounding Scytl, the very same controlling agent applied through the MN Secretary of State for their District 8 representative:

If this isn't a quid pro quo potential example I don't know what is. How the hell did this guy get the capital to first buy a company with many millions invested and then control agent only to then be involved in a major metro recommendation for representative. This company is clearly a shell:

In this video you will see data from the NYT feed from PA on November fourth. In this data, particular vote ratios are transferred between random sets of seized precincts throughout the day (see image below): 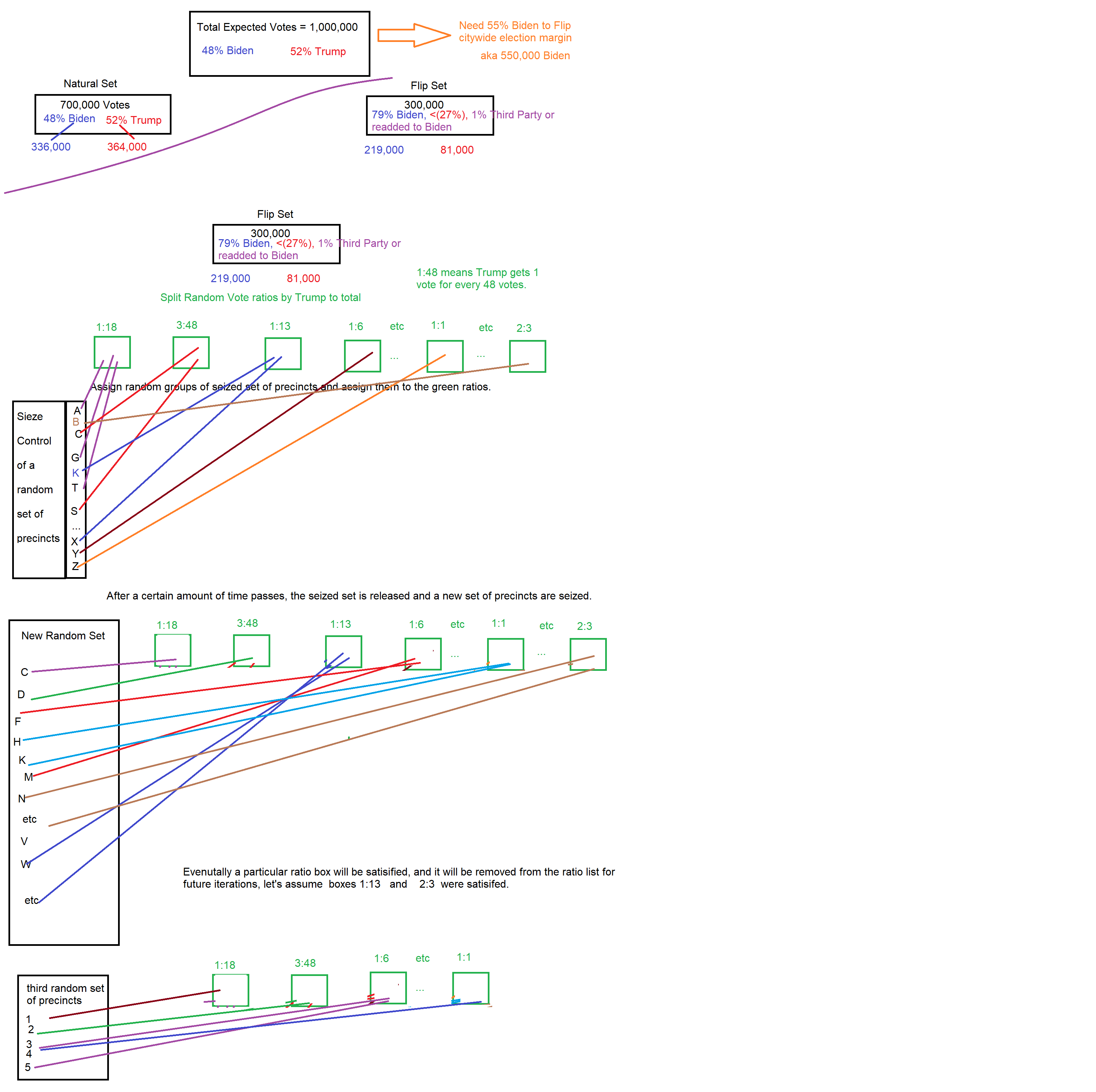 A total of nine exhibits are presented in this video, but there are in fact several hundred of these precincts seizures and ratio transfers on the day of November 4th alone, and the same ratios continue to be transferred for several more days within the overall dataset spanning an entire week.

It then splices the Flip Set into multiple "ratio sets" and assigns them to precincts throughout the day.

Once a particular "ratio set" receives the votes it needed, it releases that set, and then Dominion injects it into the city wide count.

To hide it's trail, Dominion reassigns the same "ratio set" to different (random) precincts throughout the day, so that the same precinct doesn't keep getting the exact same ratio (or the same set of precincts).

During a particular period of time while a precinct is selected, it gives Trumps an EXACT NUMBER of votes, it gives Biden a MINIMUM number of votes, and splits the small remainder to a third party or to Biden (via random assignment).

This explains why Jo Jorg got so many votes in every precinct (I'm a Libertarian and I know very few libertarians who voted for Jo this year, due to the importance of this monumental election)."

This law firm just keeps showing up in the darndest places

By now almost everyone knows about the relationship between Hillary Clinton, the DNC, law firm Perkins Coie, atty's Marc Elias and Michael Sussman and their relationship to Fusion GPS and the Russia Collusion hoax. There's another less known relationship- the relationship between all of the above and human/child sex trafficking. Doesn't it seem a little odd that one of the most powerful law firms in Washington and across the world, for that matter, would have over $2 million in assets seized when Backpage.com was busted last fall? In a December 2018 filing in an Arizona court, the defendants were given 30 days to attempt to claim their assets… that was up on January 5. Among the defendants was none other than the law firm that represents the Democratic Party.

So, we have Arizona, who legally kidnaps more children per year than any other state, and a hub for child sex trafficking whose laws protecting children were written by Perkins Coie, who was not only the law firm of HRC/DNC but linked financially to Backpage.com, also in Arizona. There is also evidence that Soros and Backpage funneled hundreds of thousands of dollars to the DNC through Perkins Coie. This is going to need a lot more investigation, but let me leave you with this… Perkins Coie is not only the law form of Backpage.com, HRC/DNC, but they are the center of human trafficking legal network. Just as they did in Arizona, Perkins Coie, with over 1000 lawyers in numerous countries, it at the forefront of controlling human trafficking legislation world wide.